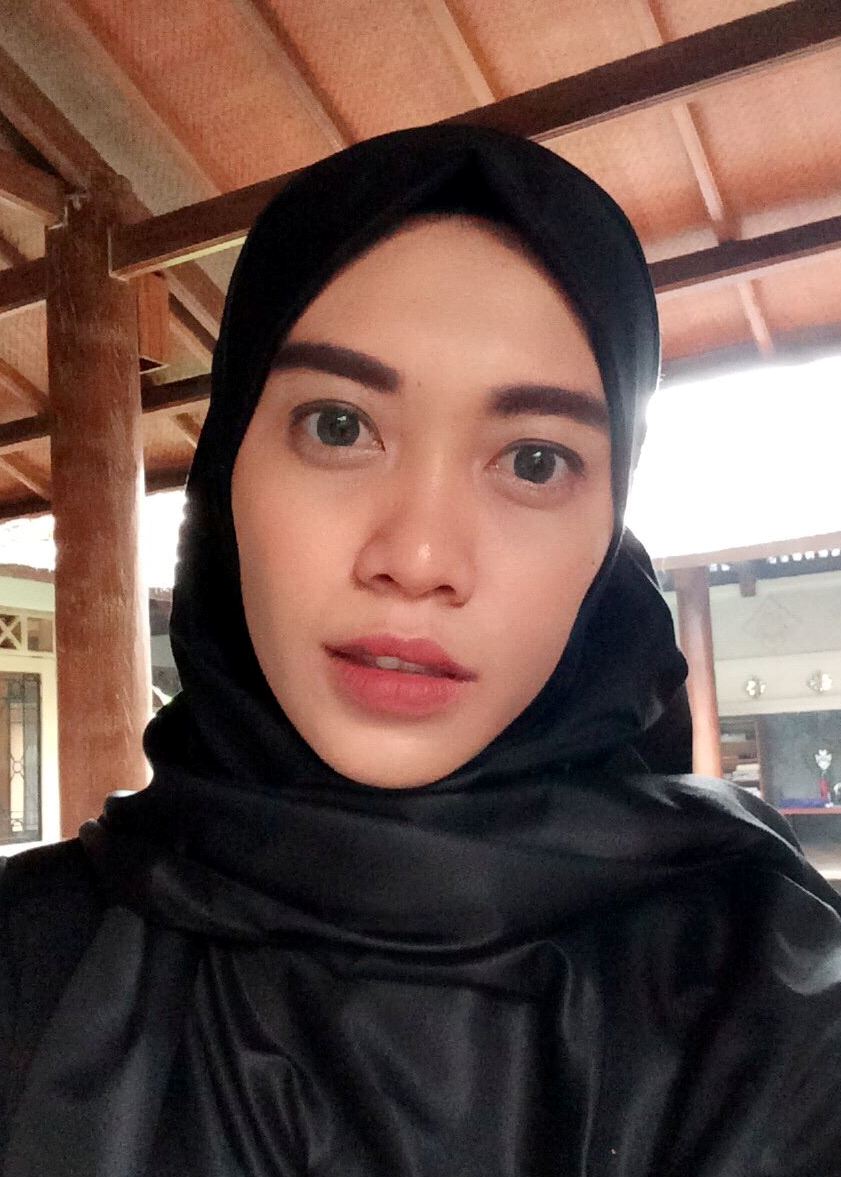 When we talk about fashion industry, it is no surprise if we think about the stylish design, the pretty models, or the glamorous show. We are also aware that this industry is growing along with the rise of the creative industry. Perhaps it is not a common practice for future graduates without fashion design background to pursue a career in the fashion industry. Yet it doesn’t mean that it is impossible. Therefore we want you to meet Penny Arie (Business 2005) who is the Art Director of Studio Boh.

Penny first heard about Prasetiya Mulya on the radio, promoting the undergraduate program. Some of her friends registered and took part in the selection test. Back then, Penny realized her interest in design so she applied to design school and university with design major. Despite her growing interest, she also considered her future. Since she had no idea what she could do once she graduated, she started thinking about going to a business school.

Prasetiya Mulya was on top of Penny’s mind. She became more convinced when her mother’s friend recommended the school. In addition, she was thinking about growing her family business. Penny was sure that studying economic and business would open more career opportunities.

Once she enrolled in Prasetiya Mulya, Penny decided to major in business management instead of the other two available options. Since she wasn’t fond calculating numbers and had no interest working in bank, she eliminated finance as her concentration. At that time, Penny was also so confident with her grades in various marketing classes so it was neither her choice. “For me, managing our business and managing people are hard and complicated. I was also curious with business management. To be honest, I really love micro-economy and macro-economy. One of the faculty members inspired me to have my own business. He told us that we can do more by having our own business.”

Campus life offers different experience to the students. Penny told us that she had a love and hate relationship with team assignments. Most of the assignments from the faculty members must be done in group. Penny felt exhausted because she had to stay late in campus or even on weekends. She found that working with other people challenging because each team member has different idea and different work style. No matter how exhausting it was, she told us that it is very useful in life. She learned how to understand different characters.

The most memorable moment in campus for Penny was during making her business plan.  With her friends, she prepared a coffee business from scratch. She couldn’t forget it because it was so exciting. They bought a coffee machine and tested their products to employees in an office building around TB Simatupang. It was about production, promotion, and team work.

“I am still impressed with Prasetiya Mulya. Going to this school has transformed me to be much more courageous. You must know how much I hated speaking in front of people back then. I would rather write papers than presenting my work. Gratefully, I learned that the biggest fear will always be something that I must conquer. We might not understand instantly the impact but later in our life, we would understand and would be thankful that we went through it.”

Getting closer to finishing her study in campus, Penny was a bit indecisive. She wanted to work but she wasn’t interested with financial industry though many of her friends were applying to financial institutions. She was more tempted with tourism or hospitality industry. Since she couldn’t find the suitable workplace, Penny decided to have her own business. With that aspiration in mind, she realized she hasn’t had the required skill. “I wanted so bad to learn something. I just knew I love to draw. With that in consideration, I must choose a city that is known for its quality. I wanted to go to that place and learn everything. I believe that we are just as good as other nations.”

Penny decided to learn fashion design in Europe and she was faced with three options: London, Paris, and Milan. She eliminated London even though there would be no major language barrier because the design style is too unique and couldn’t be worn daily. Penny wasn’t interested in haute couture therefore she didn’t choose Paris. Milan was the perfect choice since the school offers the combination of business and design.

“I only had two months to prepare, including Italian language course. I experienced minor culture shock. I was having a hard time speaking and understanding the language. There were no preparation classes so I had to be ready attending classes given in Italian.” Penny explained that she didn’t make a wrong decision. Milan is known for its high quality in art and design. The environment supported her study too. She explained that she learned to create what we want then learn about the market to see whether our product can be sold or not. She became more independent because she could only rely on herself to survive. Her friends were individualistic because they were very competitive.

The fashion design program lasted for three years. Penny learned to design, draw, and sew by herself. The teachers were only observing her progress and provided little comments into her works. In each term, the test was creating a collection, starting from sketching the design, drawing it using computer software, making the dummy, to the production. She found the whole experience exciting and she believed she has grown her network.

After three years, Penny finished her study. At that time, Italy was facing economic crisis therefore it was hard finding jobs. Fortunately, Penny had the opportunity as an intern in a fur company. “The company is family owned and it is Russian-Italian venture. They have two showrooms in Italy.  I acted as assistant designer and I was looking for the experience though I knew fur is not a common fabric used in Indonesia. I had to resign after six months because my visa expired and I couldn’t extend it.”

When Penny returned to Jakarta, she wanted to work professionally. She applied to Sapto Djojokartiko, one of Indonesia’s rising designer, while she started a jewelry business with two friends, one is a Prasetiya Mulya alumni and the other one is her friend from Milan. Penny had her doubts but her business partner convinced her on the importance of working with an establish designer.

Penny joined Sapto Djojokartiko design house as assistant designer. At first, she planned to only take the internship for three months. Then she realized it was too short to finish a collection for one show. “When I joined him, he was developing his ready-to-wear line. It was where I took responsibility. He gave us the collection idea and we prepare the design then he reviewed and styled it. I am grateful to learn a lot from Mas Sapto. He is my mentor. “

In 2014, Penny and her partner decided to enter the wedding industry. At the beginning, they offered wedding ring package but they wanted to do more. Penny started her bridal collection then and the first client was a Prasetiya Muya alumni. She wasn’t looking for profit because she was aiming to enrich her portfolio. Afterward, another friend from campus was getting married and his future wife was interested in Penny’s design. Despite being a famous person, Penny’s client decided to use her design instead of others. Since then, she felt she was getting more clients.

“I am thankful to my partner that has strengthen the branding of Studio Boh. She also believed in me and she valued my work. She told me that the propose price to clients is worth the result. I think my specialty is in the design details. Now, I am running Studio Boh on my own as Art Director. I am responsible for the design but I have to oversee the production. One more thing, I manage the Instagram account on my own because I love taking pictures of my works.”

Fashion industry is complicated but interesting for Penny. The most exciting part for her would be creating something and her creation can set the fashion trend. She is beginning to see that Indonesian designers’ quality is the same with designers abroad. It is the message she convey to her workers too. She just learned that networking is crucial to grow in the fashion industry.

As an independent designer and having her own business, Penny explained the process. “Usually, clients will come to me and I engage them in a conversation because I want to know their characters and their wedding concept. After that, I will make the design for their approval. When it comes to choosing the fabric, I prefer doing it with my clients. Fabric is essential in this matter. Then the production begins. My clients are entitled of three fitting.”

Hearing what Penny does, it sounds very interesting. She told us that there is always a career opportunity in any industry including the fashion industry. Having strong character is required in her opinion. In addition, the industry is looking for someone with consistency and high commitment. The work culture may differ from the common corporate culture. Penny said that the environment is very familiar.

Having to struggle before her success with Studio Boh, Penny sets an example for us. If you think that she’s satisfied, you are wrong. Penny is planning to have a bridal wear rental business in the future. She also works on expanding her market. She explained to us that having a business is like raising a kid, not something you can take your eyes off from. She realizes that her responsibility is bigger now because her workers depend on her.

“In campus, don’t be afraid to try new things while you still have the chance. And if you have a dream, pursue it 100%. Go as far as you need to learn about it. Just remember, don’t forget to share your knowledge to others.”