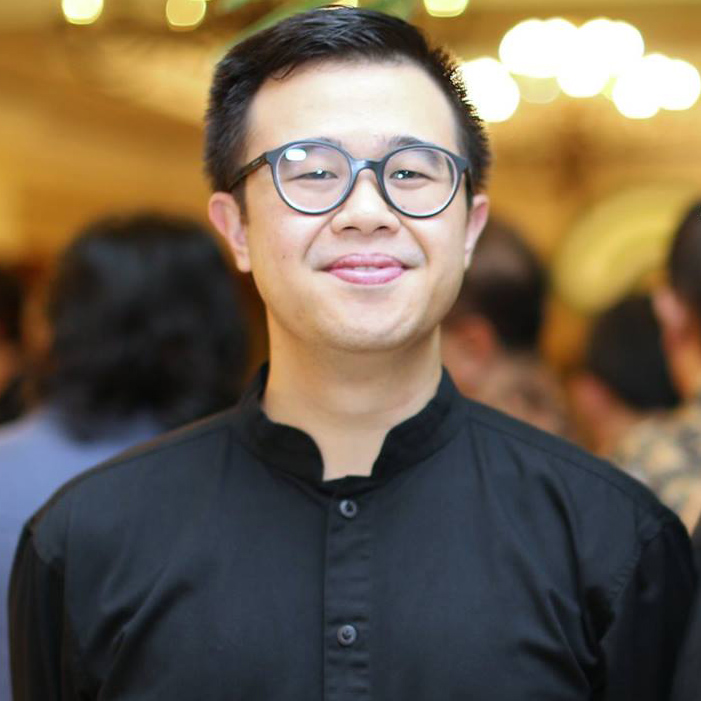 What catches your eyes when you are in big cities? Buildings and skyscrapers are your every day view. There is one industry that allows this development. Yes! It is none other than the property industry that involves the planning, design and construction, buying and selling, development and management of property. The property industry is a diverse sector employing people with a variety of skills and involved in all aspects of property across commercial, industrial, residential etc. Let’s get acquainted with David Djokopramono (Finance 2008). He works as Assistant Financial Analyst Manager in Midplaza Holding.

David realized his love for math especially calculation in high school. From his interest, he was considering computer study or anything related with numbers as his focus in a higher education institution. At that time, his parent also hoped that he will manage the family business one day.

Coincidentally, Prasetiya Mulya was on a road show to David’s high school and it was his first encounter. Despite our school was new back then, David was convinced to enroll himself in Prasetiya Mulya. “I was so interested because of the offered program and curriculum. Not to mention that it is a business school just as expected by my parents. I no longer had doubt when the school was well known for its graduate program.”

Once he was enrolled into the school, he began his learning journey. David eventually chose finance as his concentration because he has always thought of himself a good math person. He wasn’t interested in marketing or operations. So, finance was the best choice for him because he would work with numbers and analysis too.

As we all know, campus life lasts for four years in minimum.  Those years definitely bring many experiences. As for David, he has a positive impression about the school. He loves the diversity since he met many new friends with different background compared to the ones in his school years. He is also impressed with the group assignments. David felt he learned a lot starting from the dynamics to negotiation. He considers it very useful in his working life.

From all the experiences that he went through, the most memorable for David is Indonesia Consuminity Expo (ICE). “ICE is a big event. It was held in Senayan and I took part in the committee two years in row. I was responsible as tenant relation. Many communities were gathered in this event and I met a lot of people. I could learn the attitude of each community and how it differs from the others.”

David confirmed that Prasetiya Mulya plays a big role in his career, both hard skill and soft skill. He explained that his hard skills were used mostly in his early career years. Later on, it is his soft skills that play a big role, such as leadership, management skill, and handling conflicts. “My soft skills are shaped throughout four years. I think it really builds me up to this time. I can relate what I do today with what I have learned.”

He also thinks that community development (commdev) program and his business plan play a role in his career. David said that commdev was interesting. He had to live in a place where he wasn’t accustomed to and interact with people whom he usually don’t interact with. He admitted that it opened up new perspective

When he began his study as a college student, David was indecisive about his future career. Despite the fact he is projected to continue his family business, his parents ask him to begin a career working in a well-known company. Since David realized his need to learn more in a professional environment, he took part in Talent Fair. He went through recruitment process in some companies. He was hired by MidPlaza Holding. “The recruitment process in MidPlaza didn’t need much time. After the initial interview, I received a call for written test and an interview with the user. Subsequently, I accepted their offer. Though the corporate level branding of MidPlaza Holding wasn’t like other multinational companies, I find their business units very interesting.”

David was assigned as Financial Analyst when he first began his career in October 2012. He shared with us his difficulty to adapt to the environment in his first month. The funny thing was his colleagues misjudged him as a manager due to his appearance and since he was reporting directly to the assistant director. David’s role was to prepare financial analysis report for all MidPlaza’s property portfolio. His reports will be used as an inputs to business units to gain more profit.

He also helped accounting and business development division. David explained that he also performed due diligence, financial projections for banks and leasing companies, and accounting process of one property busienss unit. He felt his financial knowledge very useful. After two years, his employer assigned him to Bali. At first, it was just a business trip though he has been stationed for two months to help the accounting team before. To his surprise, he was appointed to take care of the e-commerce of AYANA Resort and Spa, BALI (one of MidPlaza Holding business unit). “The first six months, I still handled the works I did in Jakarta while learning the new assignment. Whatever the challenge is, I need to know the job description first so I can meet the expectation. Then, I was responsible for e-commerce and revenue management. When I say e-commerce, to put it in a simple way, I managed everything related with booking through online agent in term of pricing and inventory. I also took care of revenue management because it is inseparable from e-commerce. Revenue management was an art of selling the right thing to the right customer at the right place so that Hotel can maximize its revenue.

Though David’s roles shifted, his title remains the same. He still found it interesting because it was still related with crunching the numbers. He informed us that he needed another adjustment to the environment since he is the representative of the holding company stationed in the business unit. The work culture in Bali was totally different from the usual corporate style David was accustomed to in Jakarta. He was working in a hotel, AYANA Resort and Spa, BALI that prioritizes service to the customers above all else. Not to mention that David has to make new friends in Bali.

In mid-2016, David was promoted as Assistant Financial Analyst Manager. His scope of work is larger since he is also responsible for AYANA Midplaza JAKARTA. His role again changed. This time David is responsible for digital marketing across the business units. “I know that there is no correlation between my position title with the work I do. I don’t mind at all because it is highly related with working with numbers. I was assigned to this role because the management has realized the marketing trend in the future would be towards digitalization.”

In the beginning, David wasn’t keen with digital marketing. Once he dived in, he became more and more interested in it. Digital marketing is all about number in his point of view. “Digital marketing is not only about delivering the right message to the audience. It is more than that. Many adjustments to be made such as: strategic thinking, crunching data and numbers, targeting the right audience are some of it. Strong analytical skill is highly required.”

David finds MidPlaza’s culture interesting. He also appreciates how the management continuously challenged him with bigger responsibility. Those are the things that made him stay. Besides, he still feels that there are many things that he still can learn from the company. So, he still envisions himself in the corporate life within the next five years.

In David’s opinion, career path in MidPlaza Holding is clear and suitable for those who seek challenges and easy to adapt. Promotion is solely based on performance. He explained that prior to  his promotion, the company strategy is to challenge the employee with bigger role.

“Many people think that property industry is just about selling house or apartment to the end customer. In fact, property / real estate industry offers a diverse range of investment opportunities that has its own risk-reward appetite. Ranging from hotel, hospital, shopping center, office building, apartment,etc, each presents its own uniqueness and challenges. And not many people are aware of that”

David added that the culture is very dynamic. It challanges you to work creatively, able to anticipate customer needs, and a genuinely caring and timely service especially if you are assigned in the hospitality unit like him. The chance to work people from different background and culture are very high. The kind of diversity that allows you to learn and work from a different perspective.

At the moment, the competition in the industry is high, especially if the focus is hospitality. “Indonesian government is focusing on how to increase our tourism industry. Many hotels are built not only in the big cities. So I would say that the prospect of this industry is excellent.” In David’s opinion, the career opportunity will be just as big. He took MidPlaza Holding for example. His company is very open to fresh graduates because the management begins to realize that the future belongs to the young generation. The top management’s role would be providing us wisdom. The challenges in the industry depend on the company. David thinks that as long as the company grows, it will be fine but we have to be dynamic, open to changes, and adapt quickly with the changes.

“If you work in property industry, you have to have the required hard skill because it is what is expected from you. Then you have to have a good attitude towards your surroundings and colleagues. We need people with a can-do attitude and high willingness to learn. Remember to be proactive.”

The difference between campus life and professional world is the expectation. David believes that it is all about managing expectation. When you are still in campus, your expectation is grades – obviously a good one. But when it comes to work, the expectations that you have manage are elevated to a new level where not only by the quality of your work but also your relationship towards others. This is where attitudes comes into play – people define you through your attitude.

Despite his hesitation when we asked him about what should be maximized during campus life, David thinks that we should maximize our group assignments. He encourages to take part and to work the best. He believes you will learn a lot from it.

“There is this one quote from Jack Ma that I think is very true. ‘Before your 30s’, it’s not which company you go, it’s which boss you follow is very important. A good boss teaches you differently.’”