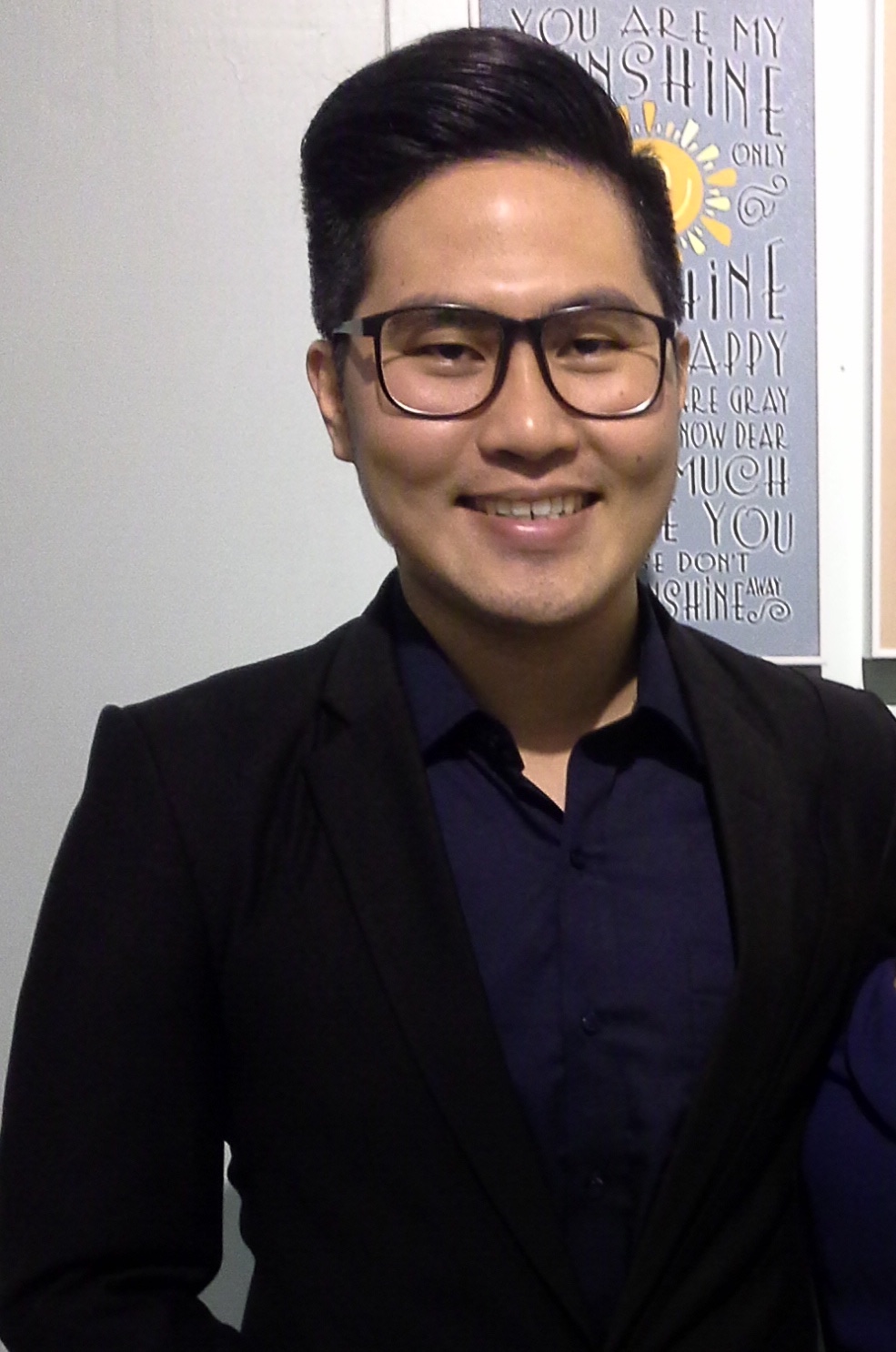 Who watches television? Who listen to the radio? Who read the newspaper or magazine? In which industry would you categorize them? It is without doubt the media industry. This industry includes radio broadcast, televisions, websites, and newspapers. What differentiates each one is their medium. The common available jobs in the industry that we know are journalists and producers. Worry not because there are other opportunities. Let’s get acquainted with Evan Setiawan (Finance 2008), the Managing Director of INTV Media Global.

Choosing the right higher education institution is never easy. Back in high school, Evan aimed at having a high quality education that also increases his personal value. He was curious to enroll himself in Prasetiya Mulya because he has been hearing his family members and acquaintances’ testimonials about the graduate program. He developed more interest because he wanted the school to mold him as a successful entrepreneur.

Besides information from his circle of friends, Evan knew our school from an education fair in his high school. In addition, he heard many promotions on the radio. He had no doubt to enroll himself in Prasetiya Mulya because of the positive reviews for the graduate program and he wanted the same learning experience.

Once he began his journey in Prasetiya Mulya, Evan decided to major in Finance because it was challenging and he believed it was a mindset learning. “For me, finance values more than just about being able to make exact calculation. It is about integrating the knowledge with business intuition in taking strategic decisions. I found it as an important knowledge especially after I learned basic accounting in high school. In my humble opinion, finance is also an important key when we start our own business because with it, calculations and the accuracy of business projections can be obtained properly.”

Evan was impressed with the learning method and the quality of the faculty members in Prasetiya Mulya. Out of four years in campus, the memorable moments for Evan are community development and business development. He has many experiences that he perceives to play a role in his career. “All the experiences I had in campus, academic and non-academic, become effective foundation or me in doing business. It is also important to be in an organization and fully participate in business development. For me personally, it is very beneficial because I got the chance to experience real simulation in practicing business, including its trials and errors. Therefore, I know how to anticipate failure in my business.”

When he was still in Prasetiya Mulya, Evan didn’t have a specific career aspiration. Yet, he was so determined to accelerate his career with sufficient experiences for the company. To fulfill that dream, he decided to work part time. Evan believed he would obtain the chance to implement his knowledge to his work.

“My first part-time job was in PT Evantama Network System and it was before I graduated. Subsequently, I worked full time there as Strategic Finance and Accounting Staff. I was responsible for strategic finance analysis and accounting internal audit report for management. My reports will support the management’s decision. So, was it hard working while still an active student? There was the challenge but I was thankful that I was working on my final project when I started. It allowed me to manage my time more freely.”

Evan also took part in Talent Fair, a job fair organized by Career Development Center, after he worked for a year. He found out about the career opportunity in Astra from the event and also from his friends who happened to work there. The process was pretty long and there were many stages. Afterward, he was accepted as Management Trainee in Astra Credit Companies (ACC). Evan must understand the complete business process of ACC because he was in a program for ACC’s future leaders especially when the company was continuously growing and expanding. “The program is divided into two phases. The first one was on the job training in its branch and head office. I also must work on a final project for specific improvement that could be implemented in one of the functions.”

Evan didn’t encounter major problems in adapting in the corporate culture. He is grateful to have prior working experience. Despite the challenges in the program, he enjoyed meeting new friends and learning new things. Evan was even announced as the Best Graduate Management Trainee. After the program, he was assigned as Head of AR Management. It was a decision made by the head office. Evan was responsible of the control process of non-performing loan and he was expected to give direction to ARHO and ARRO (AR officer). He aimed in achieving the target.

Work rotation is very fast in ACC and it depends on the needs of the Head Office. “At that time, Marketing Intelligence needed a leader and the management believed that I was capable of that position. Therefore I became the Head of Marketing Intelligence. I was in charge of market competition analysis and competitors’ information reports to help the management make a strategic business decision. A part from that, I also provided market potential analysis along with appropriate marketing strategies for the company, especially when they wanted to open a new branch.”

Once Evan was stationed in Jakarta, he felt he was more flexible and had more time. It encouraged him to continue his education. He also believed that it would enrich him since it was another challenge. Having higher education will also give benefit to his career. To succeed in both, Evan prepared an effective and efficient work system. It applied to him and also to his staff.

Early 2016, Evan was promoted as Head of Marketing Strategic and Intelligence. He has bigger responsibilities. “I also handled marketing research needs and I had to integrate with other marketing departments like marketing communication and marketing budgeting. This division became a place of reference for strategic decision making. My division worked on every analysis, starting with market analysis, competitors’ intelligence, customer behavior, to marketing strategy.”

Evan’s Footsteps in Media Industry
After almost four years in financial institution, Evan felt the urge of new experience and challenge. Since he specialized in marketing, he perceived that media industry is highly related with marketing strategy, marketing communication, and mass media. He didn’t mind to start over from zero.

Without doubt, Evan moved to INTV Media global as Director of Sales and Marketing. He led the team to achieve the team’s goal along with creating strategic marketing value to the company. He focused on expanding the network and channel through appropriate marketing strategy. Evan was leading for the idea guidance to accommodate market needs by advertisement. He felt his previous experience benefited him in some ways, especially in becoming an adaptive person who continues to learn new things.

Evan has a lot on his plate. When he was leading the sales and marketing team, the operations director position was vacant. He was then assigned to take over which made him Managing Director of INTV Media Global. He was guided by the President Director. Evan was responsible in managing the operations of the company, starting from broadcasting system to creative content.

What amazes us is that Evan is also actively holding position in Netwave Multimedia, a holding of INTV Media Global. He is assigned as Chief Sales Marketing Officer. No matter how busy he is, Evan knows best how it is to become a leader. His function is to prepare effective working system and also the controlling system.

Every job has its ups and downs. Having a bright career like Evan is no different. “Honestly, it feels different between working in an established corporation and in the media industry. Not to mention that INTV Media Global has just become a national television network for two years. The past nine years was only as a local television in Banten. In my position right now, resources turnover is definitely a challenge. But our financial condition that hasn’t reached its stability also gives me headache. I don’t regret my decision to shift industry and I see this as a challenge. I motivate myself to bring this company to be better. The point is that our hard work will not deceive us with the results. At the moment, I see that the company is growing positively.”

Career path in his new company is very good and performance based. It is no doubt that someone with better performance will gain faster career track. With that in mind, Evan has set his five years plan. He aims to move this company forward and become national television in 11 cities with stable financial condition and high profit.

Media Industry in Evan’s Perspective
Not many people is bold enough to make a career shift from a stable and established company to the media industry. Somehow it happened with Evan. He found the industry very interesting. First because of the challenges it offers. Then, it becomes interesting because he has to create a program that will turn into socio-business that also gives value to the audience. Despite all that, the work culture is flexible and fun. Something Evan can enjoy.

The career opportunities in media industry are widely opened. It is still lacking of experts. In Evan’s point of view, the media industry is currently stagnant. Yet the competition is high. He perceives that oligopoly happens in the industry. The major players are big groups. With this condition, you will encounter various challenges to work in the industry. “The pressure of working in media is high. It needs high creativity and we have to be able to convert any opportunity into a financial contribution. So, I think this industry requires resources who are creative, mentally strong, and can handle pressure. They also need to love and be passionate with changes and improvement, especially if we are talking about programs. These programs must be loved by the audience. So, I think it is also important to have ability in analyzing and seeing opportunity.” Evan added that the industry is very welcome to fresh graduates. They just need to want to learn everything about the industry in details.

Evan’s Words of Advice
Evan has been working for over five years. He definitely realizes the difference between professional world and campus life. For him, the major differences are responsibility and decision making. Once we embark to professional world, we have to have strong reasoning and foundation prior making a decision. To be able to succeed, Evan advised to learn to have passion in everything that we do or face. He emphasized the importance of having strong willingness to learn new things. “Don’t forget to improve your time management. Learn how to have effective and efficient working system. It will help you a lot.”

Ending our conversation, Evan left us with good advice. “Learn to have a passion in everything you faced because passion is not come from what we want, but come from inside when we start to love what we do.”