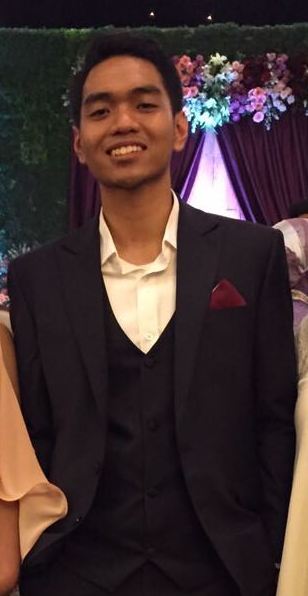 Never crosssed his mind before to continue studying Business in Prasetiya Mulya. After graduated from high school, Aylmer had a dream to work in a hotel since his parents love to take him on vacation and spend the night in a hotel. He then had a thought of how much fun he would have working in a hotel.

His dream led him to the fact that he was accepted as the tourism student in another college. In the other hand, with some of considerations, his mother was not so sure to let him take the opportunity. Instead of supporting him to follow his dream, his mother who was working in a bank, told him about Prasetiya Mulya. She heard from her colleagues that Prasetiya Mulya has a good educational quality, especially in economics.

Considering his mother’s opinion, Aylmer then decided to continue his study in  Prasetiya Mulya with Business Management major. In third semester, Aylmer decided to choose Business as his concentration instead of Finance. Aylmer felt that he was not really good in calculation and he was more into creating concept.

Spending 4 years in Prasetiya Mulya, he would never forget the time when his team successfully won the competition to create the business of their dream. The story began when his lecturer organized a business competition in Analytical Creative Thinking (ACT) class as final examination. Aylmer and 3 other students became one team and decided to build several hotel in Karimun Jawa as their business. They were dreaming that each hotel will have their own concept from different countries in the world. They turned the ideas into architectural miniatures.

Back in campus life, Aylmer didn’t really like to take a part in student organizational. “I prefer doing something I like, so I join basketball team instead.”

Aylmer graduated from Prasetiya Mulya in December 2014. As his final project, his team with 4 other students opened a café in Kemang that served cronut, croissant-doughnut as their main menu. Surprisingly, the cafe last for a long time, until each of them decided to work as a professional.

Aylmer was invited to join in Bank Sahabat Sampoerna before he finished his final project. He was invited to join Management Development Program (MDP). Aylmer thought that there is nothing wrong to try the recruitment process to measure his ability. Unexpectedly, from a bunch of steps that he followed in a week, from psychotest to medical check-up, he was officially accepted as trainee in Management Development Program.

He has many considerations before he decided to join the company. The company was a new comer in banking industry back then. But Aylmer saw it in different perspective. “I took it as a challenge. I knew that in a new company there would be many developments in every aspects. I saw it as a huge opportunity for me to contibute and learn everything from zero.”

Management Development Program is a 6-months education fast track program before being appointed as a permanent employee. Being in this program, trainees will be rotated into various department within the company.

The company was pretty hectic with data migration as an impact of an implementation of a new core banking system. All those processes needed so many resources. To Aylmer surprise, it was the beginning of his appointment in IT department as an IT Project Officer. He was in charged of testing the new system to make sure that there would be no negative impact caused by the migration system. The company felt that Aylmer has a deep knowledge of company’s business flow. “It was shocking for me at first. I felt pessimistic. I’m not good enough in technical skill.”. But again, Aylmer took it as a challenge.

After several months, Aylmer then got his new position as an IT Production Support. As an IT Production Support, Aylmer is responsible in data enhancement, core banking system maintenance and every problem occured in core banking system reported by end-user. “It is not only technical skill that you need to be in this position. It needs more of your analytical thinking to find the root-cause and how you solve the problem.” He felt grateful that Prasetiya Mulya has already given him all those lesson before.

IT in Banking Industry

Even though his position made him to always be ready to stay longer at work and it wasn’t his choice to be an IT guy in the first place, he doesn’t mind at all and now he feels enjoy and willing to continue his career in IT. “In this era, IT and also banking is not just a supporting system anymore. IT and banking are two of several industries that has a very good prospective in the future. So I think it was a gift to be an IT guy in a bank.” And Aylmer thought that every company that use IT as their core business or even just as a supporting system for their company will always need an IT Production Support in order to support every problem happened in production.

After 3 years working in the company, Aylmer felt some differences between professional world and campus life. “When you are working in a company, you’ll find people with different educational background, different ages, different position, different socio-economic background or even different way of thinking. There’s nothing you can do to avoid them. All you have to do is accept it. Accept all the differences so you can work with them as a professional.”

Aylmer also found that GPA is one of important things that will be considered by the company. “For a fresh graduate, who doesn’t have any working experience yet, your capability will only be reflected from your GPA.” And he also said that, “If you want to upgrade your value by putting on your organizational experiences on your resume, make sure you’re not just a member.” Because Aylmer thought that, “Those who will be considered are someone that can make a good decision. And it can be seen from your position in the organization.” And as his final words, he also reminds us that integrity is something very important everyone should have in order to be succeeded.