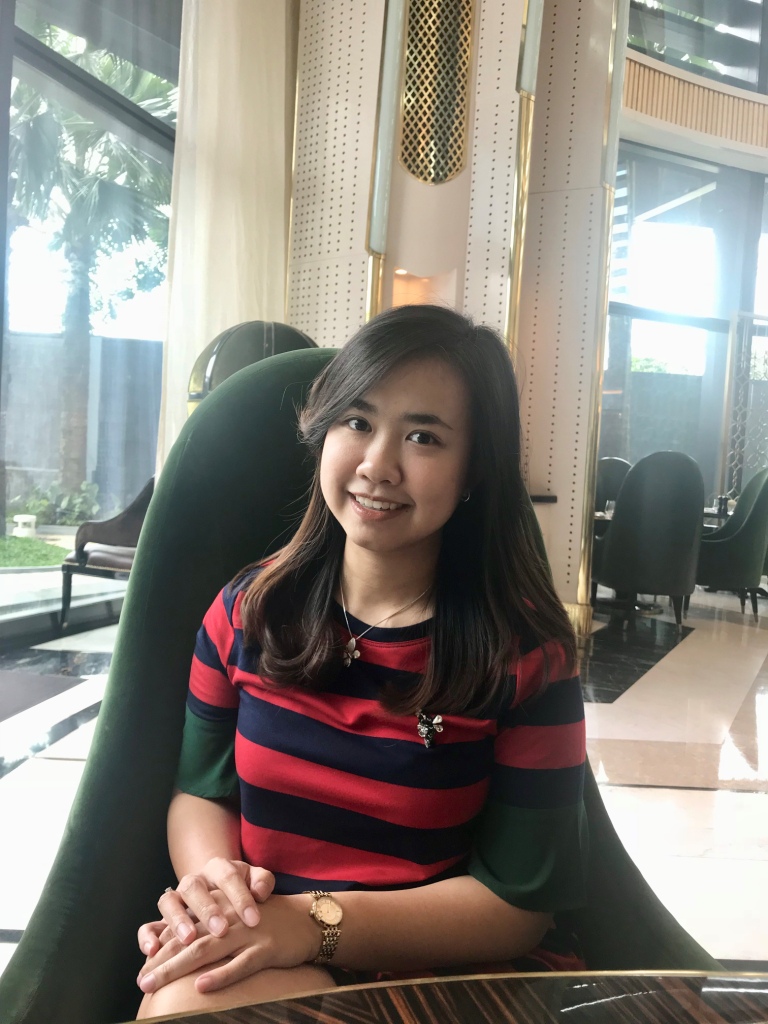 In this digital era, e-commerce is becoming one of the fastest growing industries. Considered as easy, effective and efficient, e-commerce is very well-received here in Indonesia. Ignacia Chiara Irawan (Business, 2011) would like to share her journey in e-commerce. She is responsible to run the business flow in Blibli.com, one of leading e-commerce in Indonesia.

Chiara and Her Educational Choices

Choosing Business Management as her concentration in Prasetiya Mulya, Chiara was directed to create a real business that must gain a real profit. That was the starting point that makes Chiara brave to create business.

Starting from Business Development course in the 4th semester, all the students were challenged to create a real business in a team. All the business was categorized based on its type and each of them would compete against each other in the same category. The best idea from each category would attend business fair, called Entrepreneur’s Day.

Together with her team, Chiara decided to create food business. The idea came from her mother’s recipe, sapi balado. It is a piece of meat in Indonesian hot and spicy chilli and became a most favorable dish in the family.

Got the secret recipe from her mother, Chiara and her team then repackaged it into a small version so it would be accepted by the younger market. They also named the dish as “SABO – Sapi Balado”, they hope it would be easy to remember.

Surprisingly, the idea chosen as the best business in food category, so “SABO – Sapi Balado” got a chance to attend the Entrepreneur’s Day.

Now, Chiara has personally taken over the business and already has 4 branches in Tangerang, two of them are in Universitas Prasetiya Mulya BSD and Universitas Pelita Harapan Karawaci, and two others are franchises.

Chiara knows Blibli.com from Talent Fair organized by Career Development Center Universitas Prasetiya Mulya. The recruitment process took about a month and a half. Chiara shared to us that, “The process consisted of HR interview, written test, user interview, head user interview, medical check-up and the last was salary negotiation.”

Chiara is assigned as Operations Business Intelligence Analyst when she joined Blibli.com. There are a bunch of processes running inside the e-commerce company. It starts from customer making an order via website until the order safely arrived to customer. It also applies when customer returned the product due to damage or when customer complains about the stuff to customer services; it will be counted as additional processes.

All those processes will be recorded as data that will be analyzed and evaluated. At the end, Chiara is responsible to measure the KPI (key performance indicator) and find which process needs to be improved in order to increase the value of the business. The result will be reported to management and they will assess what improvement should be made.

Although she feels that her position is tough and risky but Chiara is glad that she got the opportunity to work with data and has that insight of translating those data into something meaningful. On the other hand, she also shared the difficulty to us. She said that, “Sometimes the management does not agree to the idea that we come up with. They feel the parameter used to process the data doesn’t really fit, so that we have to reprocess the data using new parameter.”

For Chiara, there are three important things she needs to possess to be a good Operations Business Intelligence Analyst. They are sense of business, analysis and also curiosity. “You need that sense of business because the job will be closely related to the business and the results are expected to increase the value of the business. You also need a good analytical thinking and curiosity because you have to deeply analyze the data in order get a good result of the process that needs to be improved.”

At Blibli.com, Chiara admitted that she didn’t have any difficulties to communicate with any other employees. The working environment is supporting her instead. She said that, “I was trusted to do many things from the very beginning and they never underestimate me even I was just a fresh graduated back then.”

However, it was her very first time being in professional life and she felt that it was very different from campus life. Chiara shared that, “Back in campus life, all the instructions they gave me was clear. Even all the steps to do the task were also very clear. And almost every task must be done in groups that made the execution easier but when I entering the professional life, the instructions are very limited. And I didn’t join the company as a trainee from MT (Management Trainee) program that usually get the training about the company business at the beginning. So when I first joined, you can say that I knew nothing about the company. So I had to be brave to ask and interact with anyone, even someone with much higher position than me.”

In addition, Chiara felt her educational background in business helps her because it is closely related to her works. Not to mention the internship program she took part in during campus life that gave her a real experience how to be in professional life.

Chiara also participated in campus activities as a committee in some events like Marketing Plan and Prasmul Olympics that improved her communication skill with others, either with friends of the same age, seniors, university staff or even lecturer.

Although she loves her job very much and she still wants to continue her career in the near future to add her insight into business, her long-term plan is focusing on developing her business.

Chiara's interest in Blibli.com was based on her interest in e-commerce. Chiara saw that e-commerce is growing so fast today and predicted it will keep growing in the future in line with technology advances. She also saw an opportunity for her to learn many things in a short time.

With the rise of e-commerce in Indonesia today, the competition within the industry is getting tighter. Chiara explained that they will find out what services and features successfully implemented by leading e-commerce abroad. Then they will compete with another e-commerce here in Indonesia, trying to be the first to apply the service.

Although career opportunities in the industry are increasing in line with the number of e-commerce in Indonesia, but as a risk for the new industries, everything inside can suddenly change at any time. So being part of this industry, Chiara is required to always be ready to face all those changes.

Being in the working world, she experiences both the good and the bad times, Chiara said that, "During campus life, before you actually entering the world of work, make sure that you are not only trying to understand the theory but you also have to practice because some things can only be understood by implementing the theory that you already got.”