Puppetale “The Soul of Faithfulness”

In collaboration with the Flying Balloon Puppet

To make the event a success, Prasmul Event undergraduate students collaborated with the Flying Puppet theater group to host the Puppetale “The Soul of Faithfulness” event. 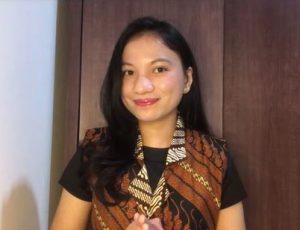 “Preparations have been made since last year. We have faced a lot of twists and turns, but thanks to the hard work and contributions of all parties, finally this event can be held tonight”, said Sarah Dolores when delivering her remarks as Project Manager of the Puppetale event ” The Soul of Faithfulness.

Although this event can be watched only virtual, the organizers have managed to package a series of events with a very lively and exciting atmosphere. Before the show started, each audience was equipped with hampers that could bring the theater atmosphere to their respective homes.

The meaning of this story is closely related to tolerance and loyalty. Hope from Sarah and her team is that this event can provide purpose and memorable experiences for the audience.

Due to the Covid-19 epidemic, our marketing offices at the Cilandak and BSD campuses are currently unavailable and info-sessions will be conducted online. For information on programs and admissions, please contact us via email at mm@pmbs.ac.id or WA at 0812 1983 1982. Also check our latest information on our Instagram account @pmbs_id. Thank you.